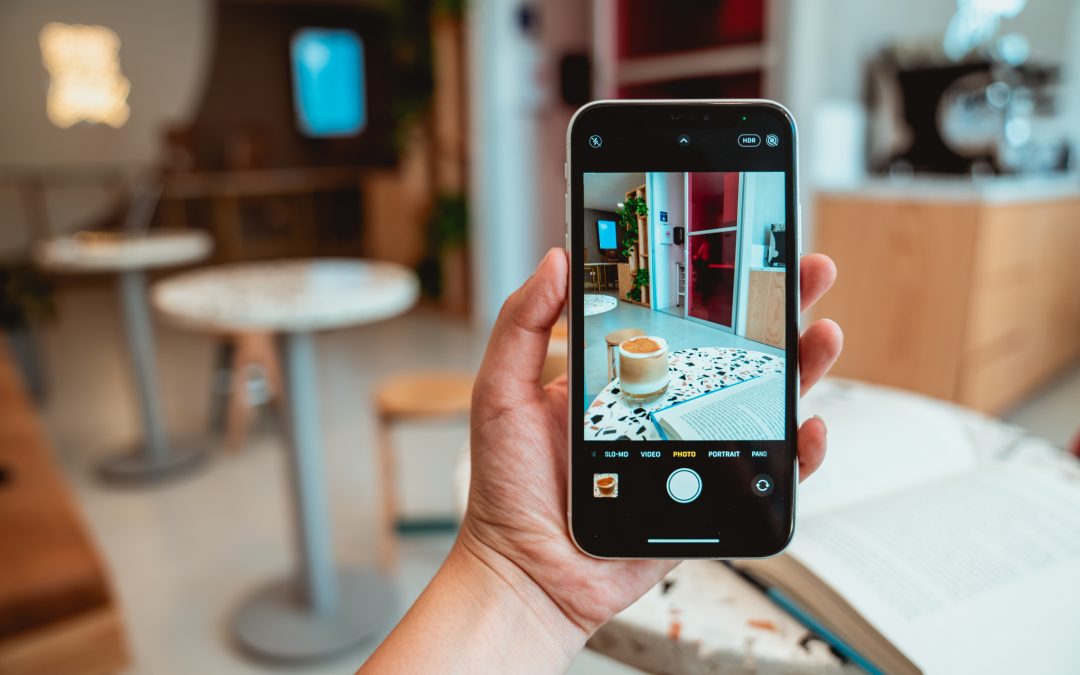 Does this sound familiar? You’ve just finished a fun afternoon hike with the family or celebrated a birthday with a group of friends. You took lots of pictures with your phone, trying to capture the beautiful views and smiling faces, along with the mood. But when you look back at the photos, disappointment sets in. The images are dark, blurry and not at all what you were hoping for.

Professional photographer Stacey Winters takes amazing photos with her iPhone 12 Pro. Here, she shares a few tips that can improve your photography skills without the need for expensive equipment and complicated software. In fact, a lot of pro-level tools are built right into your phone.

You’ve probably heard photographers say that lighting is everything, and Winters, who strongly prefers natural, outdoor lighting, agrees. The very best natural light occurs during what’s referred to as “the golden hour,” which is one hour after sunrise or one hour before sunset. If it’s not possible to snap your shots on a clear day during these hours, no need to fret. Position yourself so that you’re taking advantage of the best lighting available, regardless of where your subjects are. Try different angles until you find a spot where everyone in the photo has clear, bright eyes and the image isn’t darkened by shadows. Most phones are good at detecting available light and turning on the flash when necessary. You can also manually override the automatic flash setting to see if the resulting image is better.

Winters points out that your phone’s default camera settings are only the tip of the iceberg. “Portrait mode on the iPhone offers a lot of options such as lighting effects (e.g., natural, studio and stage) and depth control, which allows for background blur control,” she says. She also recommends experimenting with the HDR (High Dynamic Range) setting. Turning it off will play up the natural contrast between light and dark, creating a silhouette effect. Turning it on can create perfectly lit photos with more color and detail. This is especially useful for shooting landscape images or scenes without balanced exposures.

Focus on the Subjects

It’s also important to identify what you’re really trying to capture. Winters recommends tapping on the subject while you are framing the picture and using the iPhone’s sliding sun icon to dial up or down the exposure. You can use the settings mentioned above, a simple tripod and your camera’s built-in timer to take truly professional-looking shots. If your phone is more than a few years old, upgrading to a newer model can make a huge difference in photo quality, since newer phones usually come with increased megapixels. Don’t forget to clean your phone frequently to remove oils from your face and fingers that can soften the focus of the camera lens.

Even a less-than-perfect picture is salvageable. In addition to settings on your phone that can alter each image’s color saturation, brightness, contrast, etc., there are apps and software that take your post-production to the next level. Winters’ favorite is VSCO, a free, easy-to-use app that’s designed to create pictures that look like they were taken on a film camera. She also likes Squareready, which places the entire image on a white background so that nothing gets cropped when posting to social media.

With all the tools on the market, Winters urges people not to get too carried away. Although it can be fun to experiment with visual effects, she doesn’t use software to get rid of wrinkles, flyaway hair or trash cans in the background. If there’s something she doesn’t want in the photo, she moves herself to make the item less visible. And Winters doesn’t get hung up on perfection, noting, “There’s something very bland about an online feed that is too curated or too perfectly lit . . . I have learned that it isn’t the sharpest, most perfectly centered image that I’m looking for, it is the image that captures a moment.”

Michelle McGill is a freelance writer and editor living in Oakland and SF IABC’s Social Media Manager for Facebook and LinkedIn.